This, our historical Submarine Veteran memorial is a representation of a World War Two era submarine bulkhead, and a result from a challenge from a WWII Submarine combat veteran. The site is on the south bank of the Chicago River, halfway between the Columbus Drive Bridge and the Lake Shore Drive Bridge. Our intention is to keep December 7, 1941 in public view, discuss and show that there were submarines built in Manitowoc Wisconsin during World War II that passed this spot on the Chicago River on their way to war, and to honor all United States Navy submariners, past, present and future.

Several years ago, we received a challenge from a WWII combat veteran member of our group to “not forget Pearl Harbor and Pearl Harbor Day.” We took that challenge. As you may or may not know, submarines played a critical role in WWII. The submarine force was the most effective anti-ship and anti-submarine weapon in the entire American arsenal. We saw a need to re-educate the public on what happened here in this area, with our submarine force those many years ago, and to provide a pleasant location to sit and reflect. 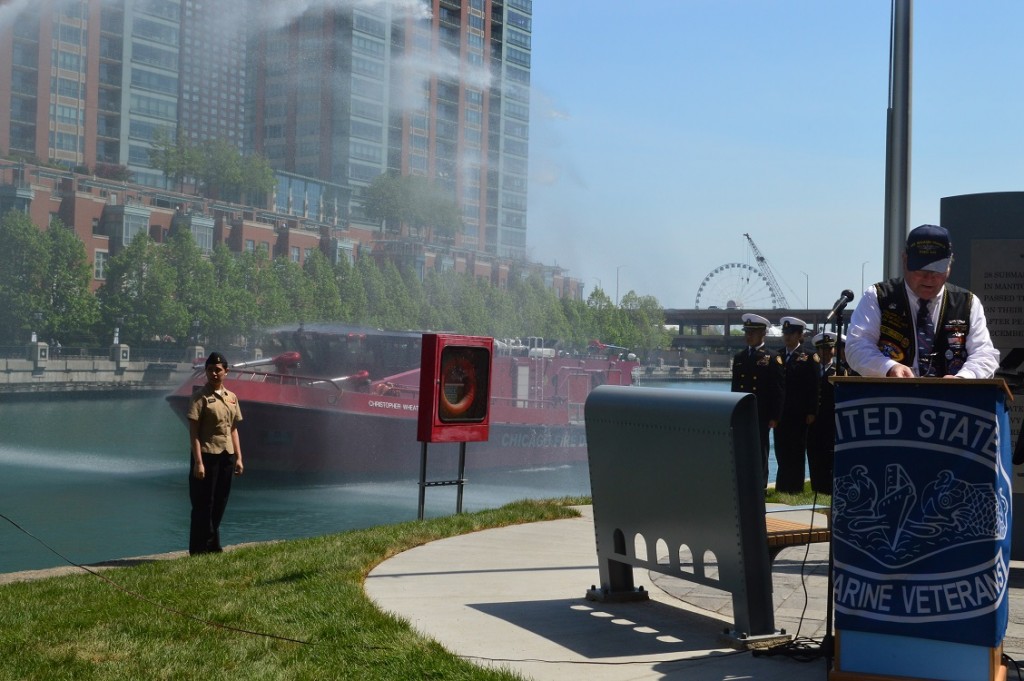 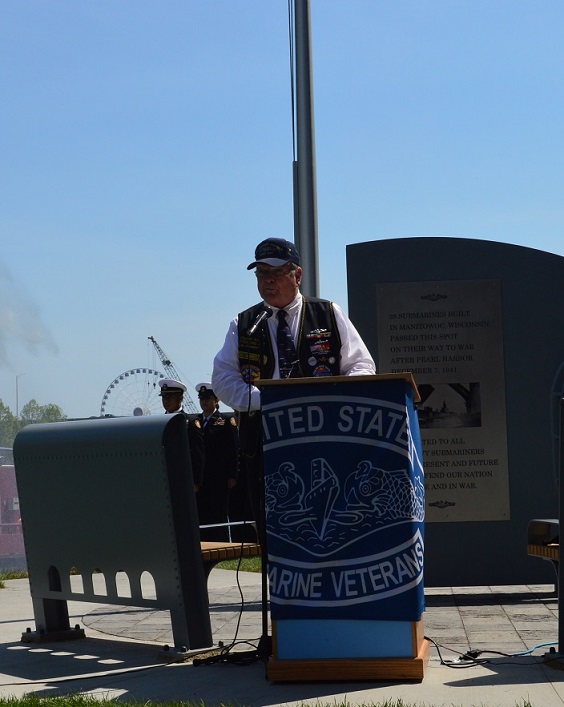 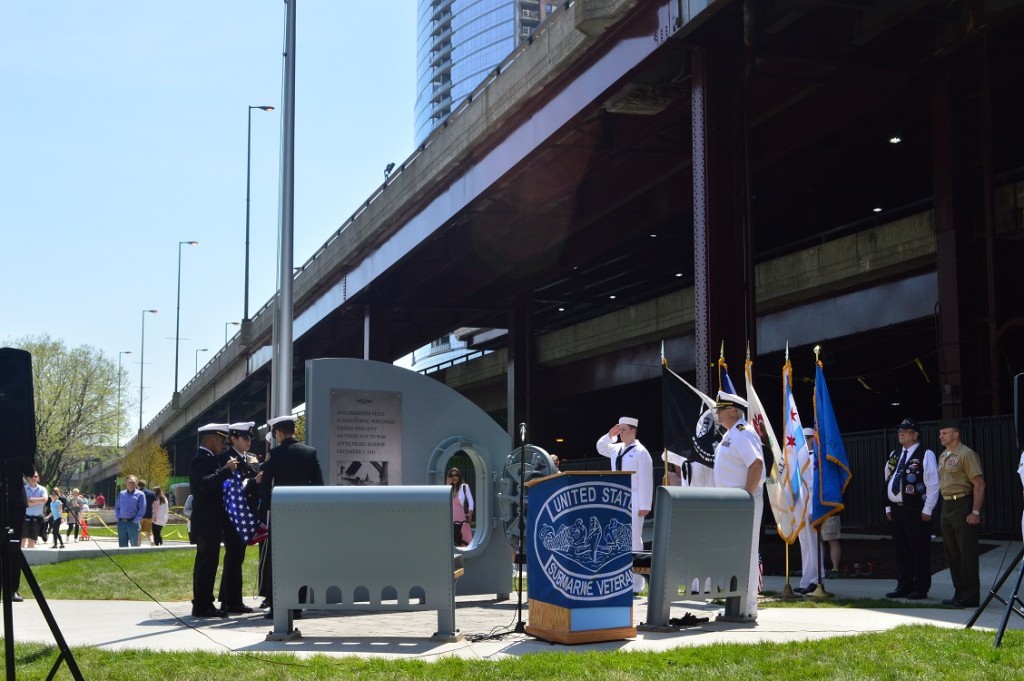 First time flying over the Memorial 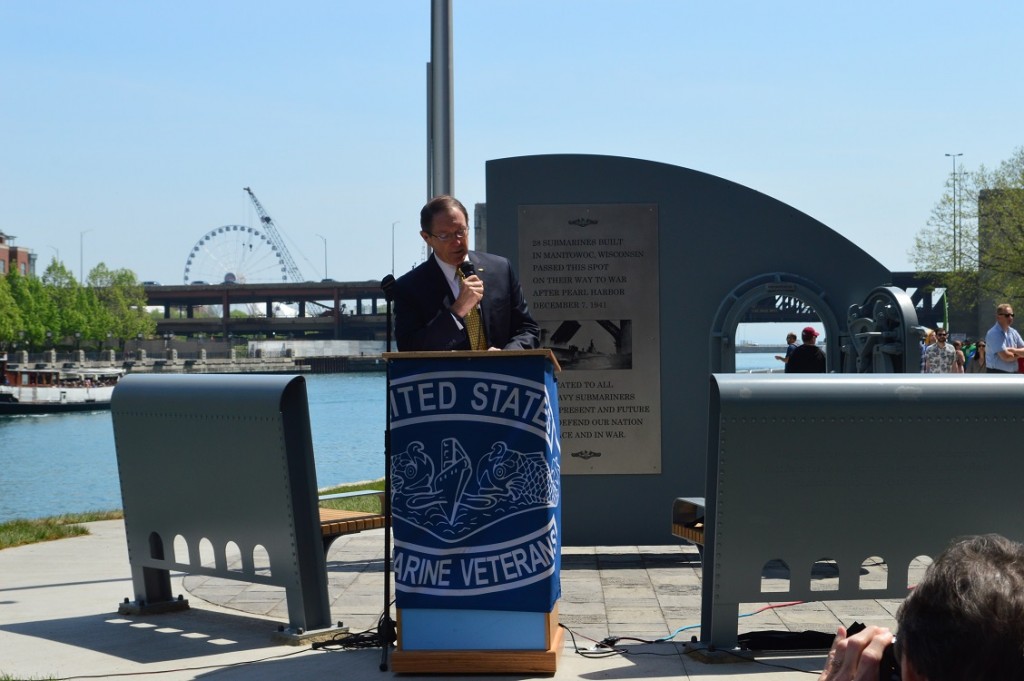 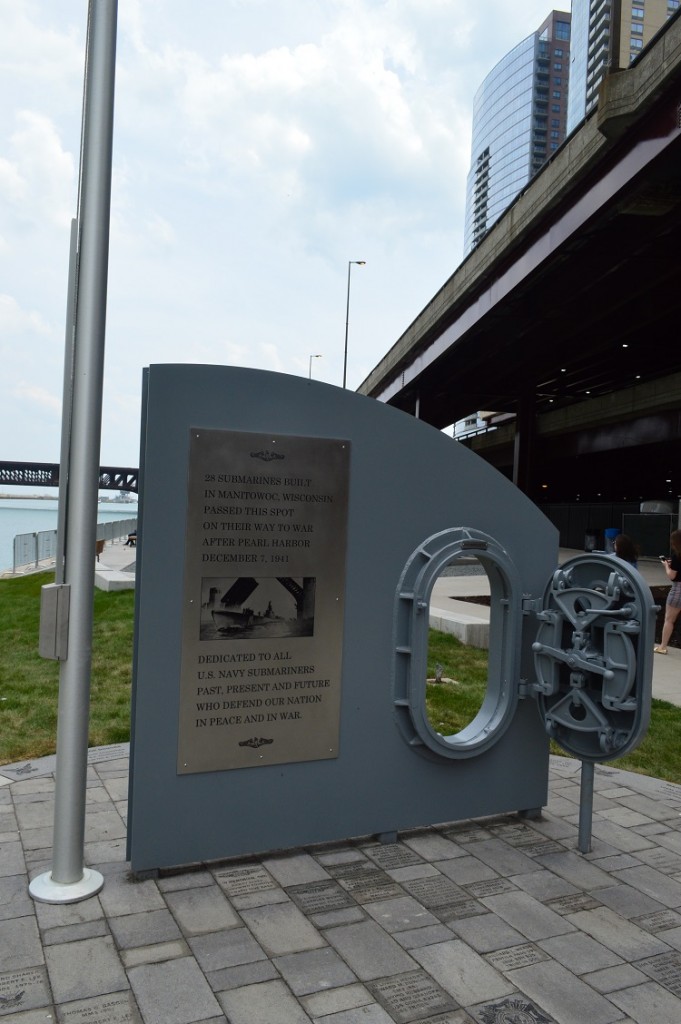 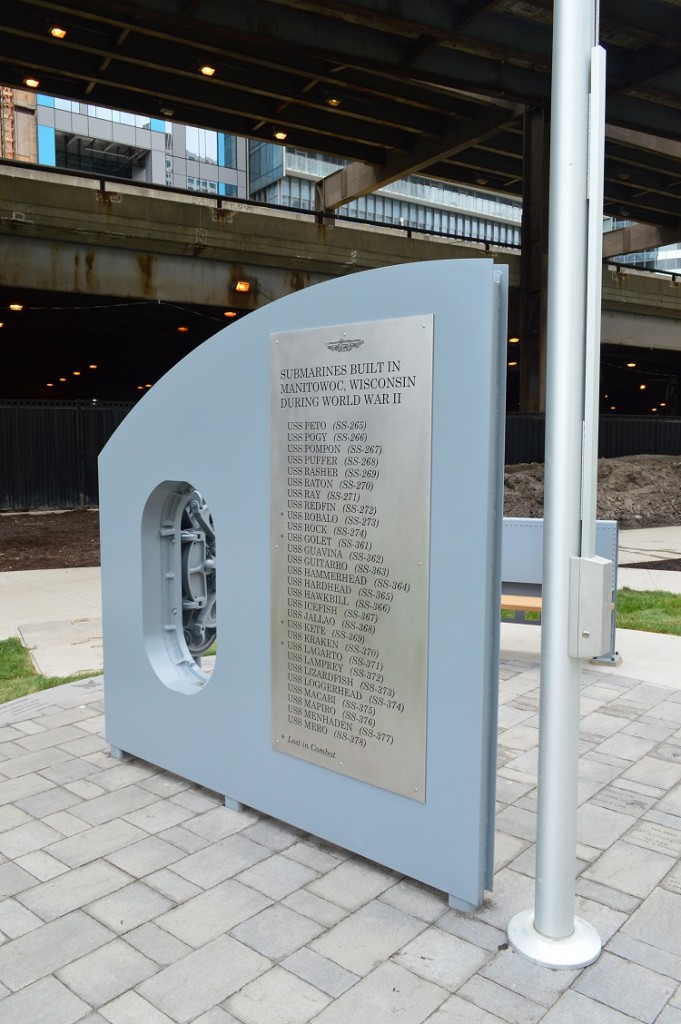 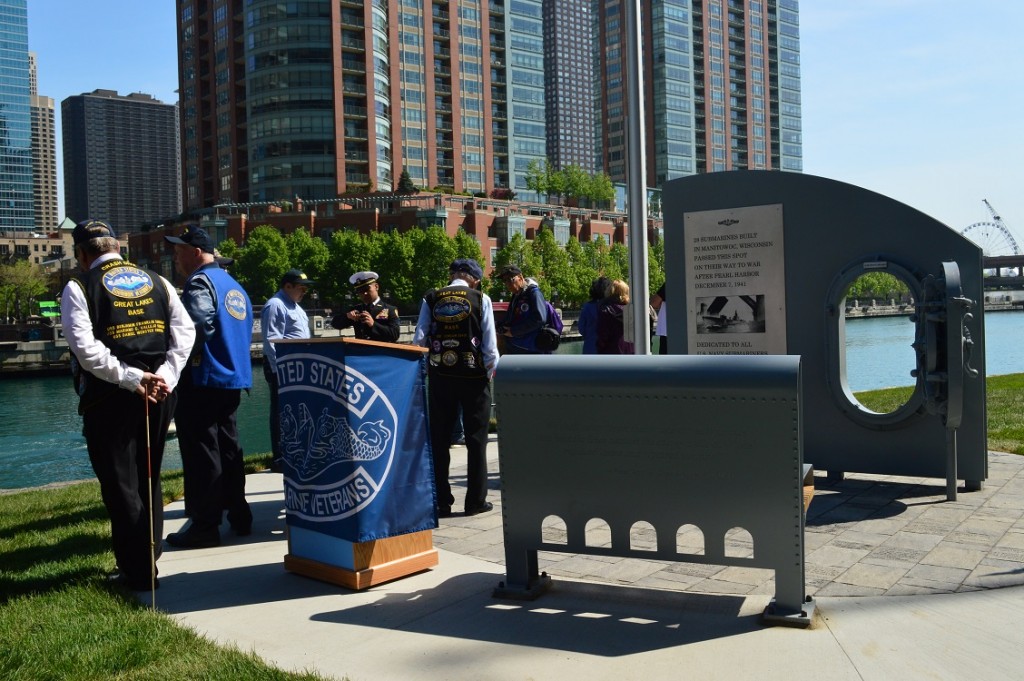